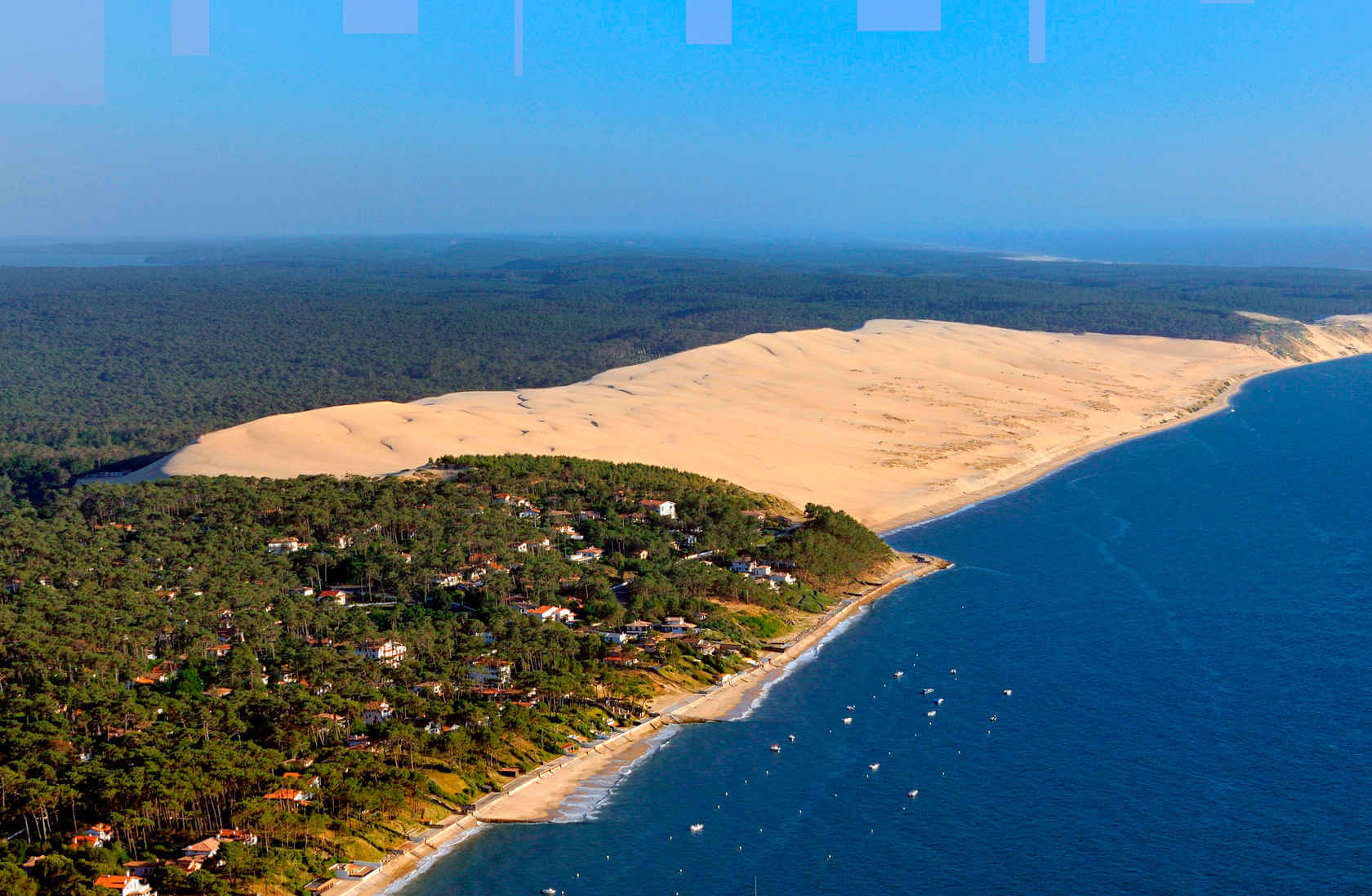 Water is omnipresent in the Gironde and is infinitely varied: ocean, estuary, lakes, rivers and streams make up an exceptional mosaic of environments and landscapes.

The Gironde is the land of mixed waters: 126 km of beaches, the largest estuary in Europe, the two largest lakes in France suitable for family water sports activities, two rivers, the Garonne and the Dordogne, 400 km of rivers open to boaters, and a famous inland sea, theArcachon Basin.

Sailing along the water in Gironde is to embark on a cruise on the Estuary and its islands, to go to the Cordouan lighthouse in a speedboat, to discover the Arcachon Basin in a sea kayak, to meander in a canoe in the Landes de Gascogne Regional Natural Park.

The department of Gironde is a place of intense maritime and river life, and also offers a wide range of nautical activities: surfing on the Atlantic waves, sailing on the coastal lakes and the Arcachon Basin, fishing in theEstuary and in the rivers, canoeing in the protected sites. The choice is vast!

To travel along the Gironde or to walk on its banks is to discover the history of the department and its people, and to discover a picturesque local heritage: “carrelets” along the estuary, oyster beds on the Bassin d’Arcachon, the work of nature with the largest ocean beaches in France…