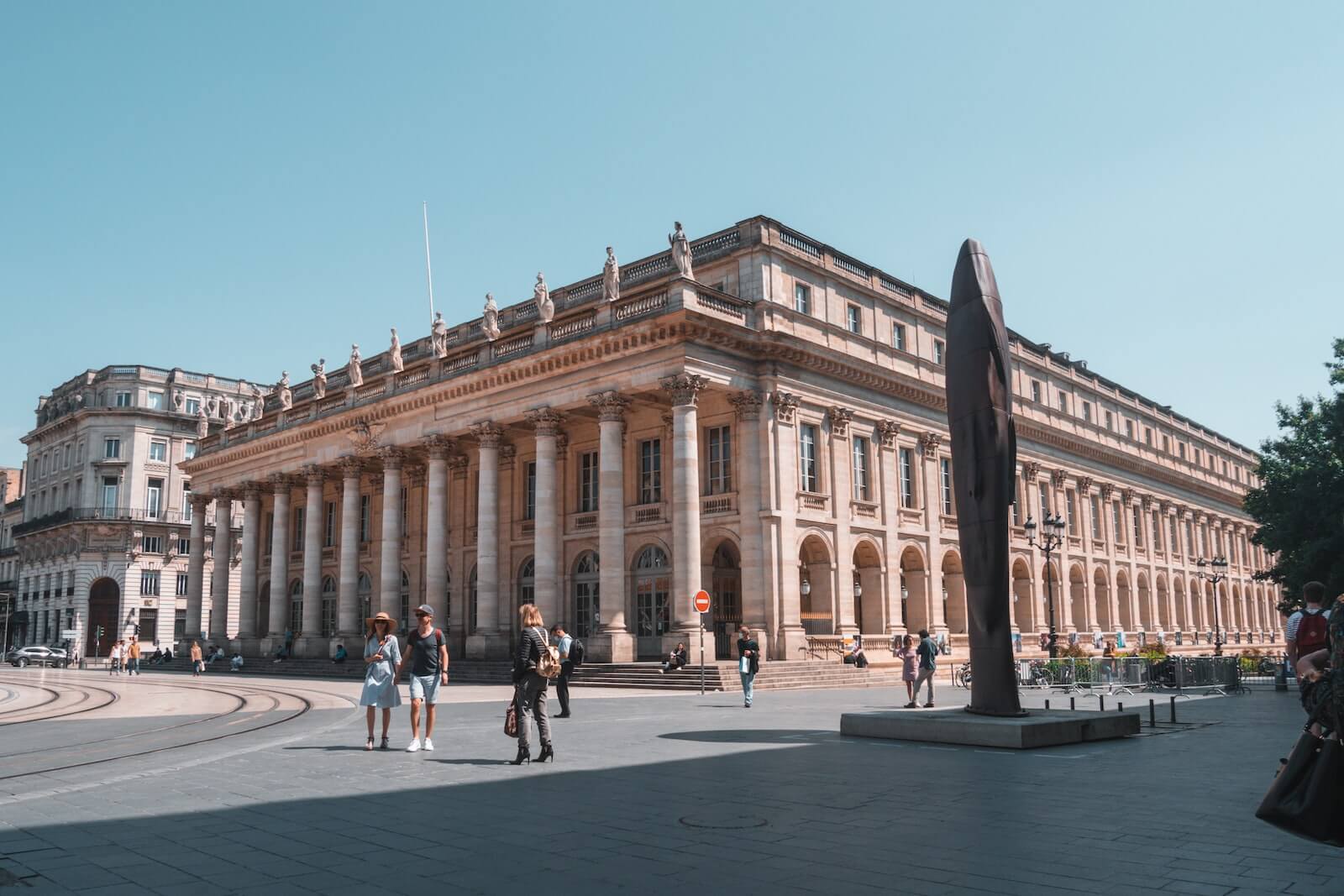 Bordeaux, the world capital of wine, is a charming city that has successfully entered the 21st century while preserving its exceptional architectural heritage, classified as a World Heritage Site by UNESCO.

From its Gallo-Roman and medieval past, Bordeaux has preserved the ruins of the Palais Gallien, a 15,000-seat amphitheater built in the 3rd century. Old belfries like the Porte Cailhau or the Grosse Cloche. It was in the 18th century that Bordeaux really took off, as the wine trade increased with the development of means of transport.

Bordeaux prospered under the impulse of the intendants Tourny and Boucher who redesigned the city. The ancient Burdigala of the poet Ausone, the medieval city of Eleanor of Aquitaine are gradually giving way to a city open to the world.

Wide avenues replaced the ramparts, squares were created, and monuments were built. The neoclassical facade of the Place de la Bourse, the Grand Théâtre and the Palais Rohan, the seat of the city hall, bear witness to the “Golden Age”, as do the mascarons, grimacing or facetious stone faces that can be seen on the pediments of houses.

Three monuments belong to the world heritage of humanity by UNESCO: the cathedral Saint-André and the basilicas Saint-Seurin and Saint-Michel. The medieval atmosphere is still present in the narrow streets of old Bordeaux, in the heart of the picturesque districts of Saint-Pierre, Saint-Eloi, Sainte-Croix and Saint-Michel which make up the largest protected area in Europe.

On foot, by streetcar or by bike, all you have to do is discover the city and take the time to stroll through the many pedestrian streets of the city center. Let the charm work, so to speak.

On Thursday, June 28, 2007, Bordeaux became the 31st French site to be listed as a World Heritage Site by UNESCO. The originality of this inscription lies in the importance of the classified perimeter: an urban complex of 1810 ha. This is a first.

Bordeaux thus obtains the recognition of its heritage, from the banks of the Garonne to the ring of boulevards with its historic center with 18th century architecture (facade of the quays, Place de la Bourse, Grand-Théâtre), residential districts made up of shops, the Mériadeck district and its buildings of the 70’s, the docks.

Another major asset of the city is that Bordeaux is the French city with the most listed buildings – nearly 350 of which 3 religious buildings have been listed as World Heritage Sites since 1998 as part of the Pilgrimage to Santiago de Compostela.